How to run multiple NPM scripts in parallel 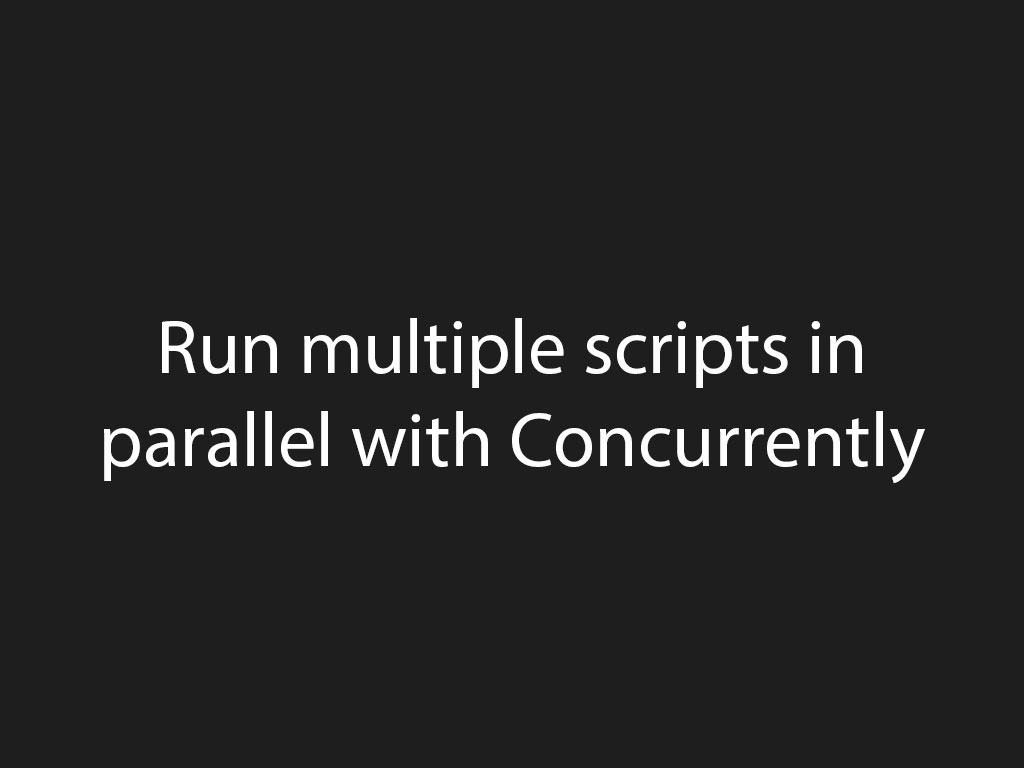 For a while I was running multiple NPM scripts by opening multiple terminal tabs. That got really annoying and asked myself, “How can I run these scripts in parallel?”

I then found a NPM module called Concurrently. Concurrently allowed me to run multiple commands in parallel!

Let’s do a step-by-step process to get you running commands in parallel.

The first step is to install concurrently into your project, and save it as a dev dependency in your package.json file.

Let’s do a couple watch scripts for SASS/CSS and TypeScript. And will use concurrently do run them in parallel.

As you can see in the code above I have two package.json scripts, watch:css & watch:js, that watch all changes for SASS code and TypeScript.

I wrote another script called dev.

The dev script uses the concurrently module to run all the watch scripts.

The colon(:) in the script is equivalent to npm run. You can use an asterisk(*) as a wildcard.

When you run your concurrently command you should see in your terminal that all your watch scripts are running in parallel.

Hey, you’ve made it this far! If you found this article helpful, I would appreciate it if you liked or retweet the tweet below!

Do you want more code articles?

Hey, here at Linguine Code, we want to teach you everything we know about code. Our only question is, are you in?