How to fix: import and export may only appear at the top level 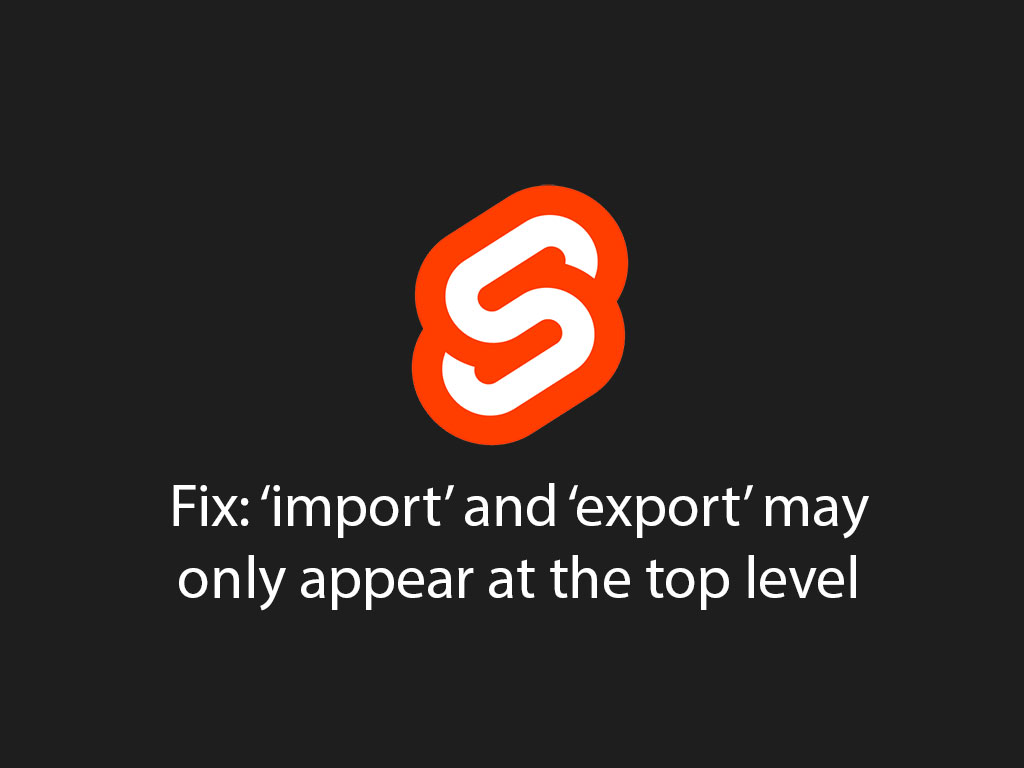 So I’ve setup a new Svelte project and install all the latest node modules.

As I was setting up my project with a third party library and received this error message:

If you’re developing a Svelte project, you’re probably using rollup as your compiler.

If that is the case, here’s how to solve that problem.

This problem is because of @rollup/plugin-commonjs version. It seems that version 11.1.0 has a bug.

I’ve had to downgrade the module library version. Just run this command in your terminal:

Do you want more Svelte articles?

Hey, here at Linguine Code, we want to teach you everything we know about Svelte. Our only question is, are you in?