Why React setState/useState does not update immediately 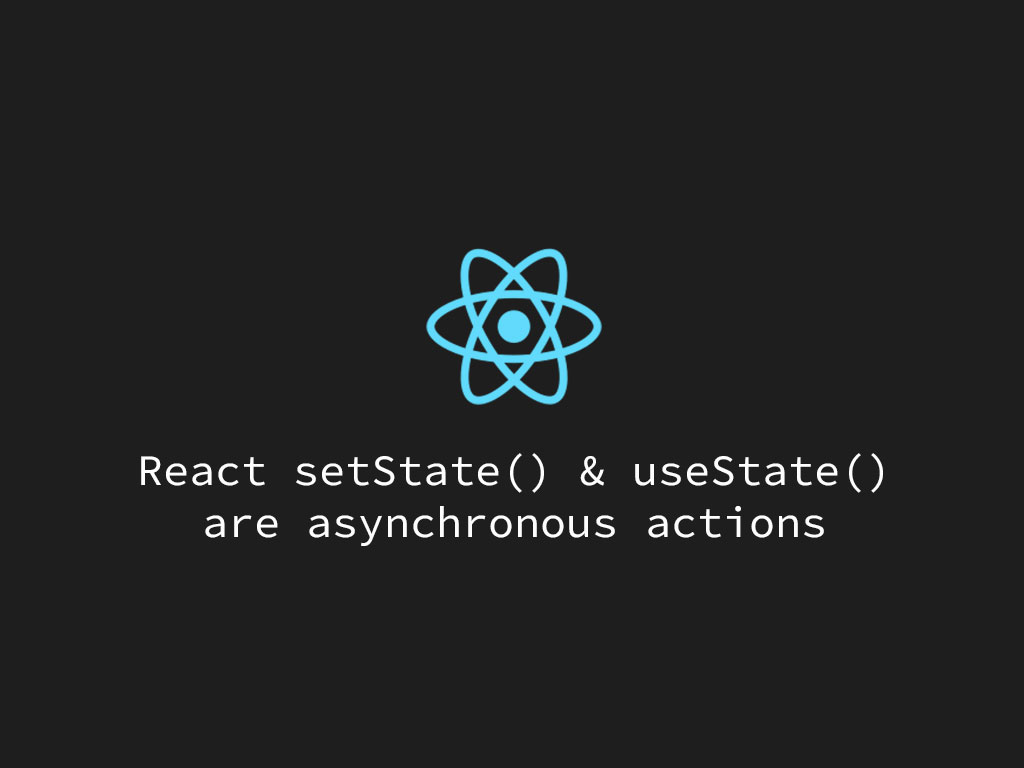 Does it feel like when you call this.setState or React.useState, the changes feel like it’s a step behind?

First, if you’re looking to learn more about React and how to build full applications with it, you might want to look into getting started with Team Treehouse for $25/month with a 7-day free trial period. They make sure you go from a beginner stage to an advance React developer with their library of 300+ courses on coding and development, and over 27,545 minutes of video content.

Get started with Team Treehouse.

Disclaimer: The two Team Treehouse links above are affiliate links which provide a small commission to me at no cost to you. These links track your purchase and credit it to this website. Affiliate links are a primary way that I make money from this blog and Team Treehouse is the best online course platform for all skill levels and backgrounds.

Let’s dive into why this.setState and React.useStatedo not update immediately.

React this.setState, and useState does not make changes directly to the state object.

React this.setState, and React.useState create queues for React core to update the state object of a React component.

So the process to update React state is asynchronous for performance reasons. That’s why changes don’t feel immediate.

So how do you perform an action after state has changed?

If you’re using a class component, you will have to usethis.setState() to update the state of a React component.

The second parameter this.setState() accepts is the callback function, and that’s where you’ll want to add your side effects.

This callback function will get triggered when React state has finished updating.

The example above uses the arrow function, but you can do it with a traditional function syntax.

But what if you’re not using this.setState, and you’re using React.useState?

How do you perform an action after React.useState hook has triggered?

Use React useEffect after state has changed

React.useState doesn’t have accept callback function that gets called after React state has actually been modified.

To perform side effects after state has change, you must use the React.useEffect hook.

React.useEffect accepts a callback function to perform your side effects or actions, and it accepts a list of dependencies in the form of an array.

That hook function will only activate if the values in the list change.

Let’s take a look at an example

The first React.useEffect hook has an empty array. Since there are no dependencies, it only gets triggered once.

But in the second React.useEffect hook, I added my state variable as a dependency.

Any time my state variable, counter, changes in value, then the second React.useEffect function will re-activate. So it behaves like the React componentDidUpdate lifecycle.